HGTV and websites such as Houzz.com are taking a lot of the guesswork out of features to include – or to skip – when building homes, area builders said.

“They have really opened people’s eyes to different things that come from different parts of the country,” said Cory Shackelford of Shackelford Construction, which builds homes ranging from $250,000 to $2 million.

And they are also accelerating the introduction of East and West Coast trends to the middle of the country.

“I have to stay up with the latest and greatest in design and styles,” Cowgill said of the influence of the Internet and TV programs. “It definitely is having a much bigger impact on what customers are asking for.”

And those trends portend small and big changes to most new houses being built in the Wichita area, including paint colors on the walls and plumbing fixtures, the move away from formal dining rooms, and major changes to bathrooms.

Builders said the homes most affected by trends seen on TV and elsewhere are those priced higher than $150,000. Generally, the higher the price of the home, the more it will reflect the current trends.

But even at the lower end, there is some pressure to differentiate one home from another.

“We’re in more competition to keep costs down,” said Wade Wilkinson, owner of G.J. Gardner Homes in Wichita, “but make this house stand out from the one next door.”

“The biggest thing I’m seeing is everybody wants something different,” added Wilkinson, whose franchise builds homes priced between $150,000 and $1 million. “When I say that, different from the norm. You drive down a subdivision and everything looks the same. (Buyers) are wanting the house to look a little different in exterior details.”

Those differences may include using less stone on a homes exterior, making the material more of an accent to the front of the home than a predominant material, Wilkinson said.

“There are so many options out there and products available that you can frequently find the look you are after (to match) with what you are willing to spend,” Shackelford said.

One of this year’s biggest changes in new home interiors – and one of the least costly – is paint color.

“Gray is the new brown,” Cowgill, of Nies Homes, said, adding that gray colors are expected to be the preferred wall color for the next eight to 10 years. “A warm gray base that everything keys off of,” she added.

Cowgill and other builders said the look of kitchen cabinets is changing, too. They no longer have to have a wood finish. The preference is a painted finish, they said, and a design that is contemporary, not traditional. “Clean line, straight-line cabinetry,” she said.

That contemporary, clean look is also reflected in fireplaces, Cowgill and Wilkinson said.

Instead of the traditional fireplace with an oak mantle and tile, buyers are opting for bigger, horizontal tile around the fireplace, Wilkinson said.

Craig Sharp, who builds homes starting at $280,000, said another noteworthy change is fixtures. Decorative chrome faucets are making a comeback, while bronze and nickel finishes are falling out of favor. He said he’s a little skeptical that the change will hold.

Formal dining rooms also are falling out of favor among all price range, builders said.

“Most people don’t want them,” Wilkinson said. “They’d rather have a hearth room (an informal family living room that’s open to the kitchen).”

“The formal dining room has probably been losing steam for the last five years, now,” Sharp said. In the “$350,000 to $400,000 range they’ve become less of a selling point. Above that (price range), we’re probably only 50 to 60 percent formal dining rooms.”

The open-concept kitchen has become the dining room, they said.

A major shift that’s already started in the area but expected to become more commonplace is happening in the bathroom. More buyers are asking for larger, walk-in showers with bench seating in the master bathroom.

Sharp said, increasingly, buyers who are building a home are asking him just for the walk-in shower, completely forgoing the bathtub, at least in the master bath.

Wilkinson of G.J. Gardner said he’s getting that request a lot, too.

Initially, “I was really hesitant about pulling the tub out of the bathroom,” Wilkinson said. “Some of the older generation want a bathtub for their grandkids. I would say people in their 20s, 30s and 40s are more like ‘Hey, I want a really nice shower’” instead.

But not all in the new-home business are convinced there’s a no-tub trend. At least not yet. “We’re still seeing the ladies wanting tubs,” said John McKenzie, owner and broker of Coldwell Banker Plaza Real Estate.

Like Cowgill, Sharp said he generally embraces new design and interior trends. “I get a lot into the decorating part of things,” he said. “I just like that part of the game.”

But “there’s so many ways these things (design trends) start coming in, it drives me crazy,” he said. “It takes a lot of work to find out which direction to go. Sometimes it works, and sometimes it doesn’t.” 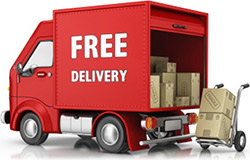 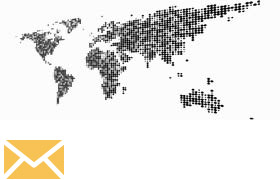